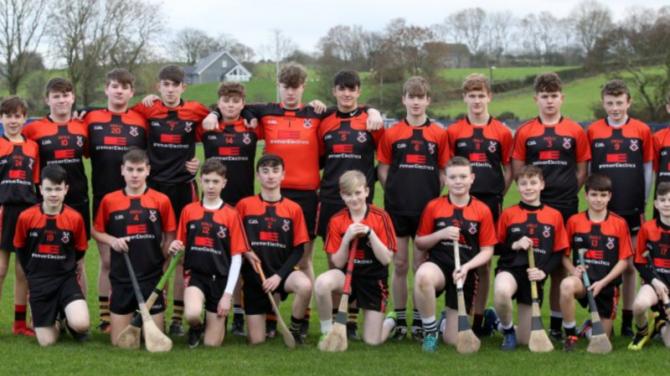 CROSS and Passion Ballycastle and Saint Killian’s Garron Tower qualified for the semi-finals of the Leonard Cup on completion of the round robin stage at Armoy last week.

The Ballycastle school claimed top spot when they beat the Tower in the opening game by a couple of points, 0-8 to 1-3.

With the breeze in their favour in the opening half the Ballycastle school fell behind to a Daniel Kearney point from the Tower.

However, they then hit five on the trot with Christy McGarry and Christy McAuley leading the line with two each and half back Jack Colgan grabbing one.