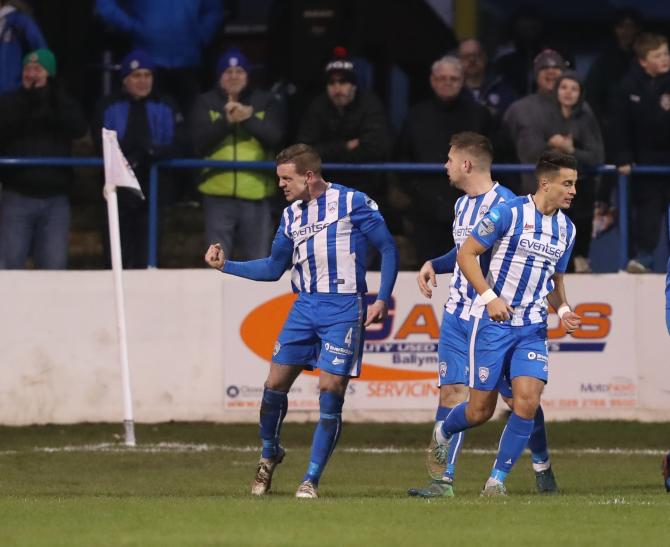 Coleraine continue their busy holiday schedule with a trip to Carrick Rangers on New Year's Day.

NEVER mind ringing in the New Year, Coleraine manager Oran Kearney will be forced to ring the changes as he takes his side to Carrick Rangers on New Year's Day.

The Bannsiders travel to the Belfast Loughshore Arena without a number of recognised first-teamers through a combination of injury and suspension.

Midfield duo Aaron Jarvis and Ben Doherty are both nursing injuries, along with defender Adam Mullan, while Stephen Lowry and strriker James McLaughlin are suspended.

That could open the door for a number of the club's fringe players to make a start against Niall Currie's side.

"It's a case of walking wounded and we will have to freshen things up," admitted the Showgrounds boss.

"Carrick have been really hard to beat both home and away so we know it's going to be a tough game."

The weekend clash brings to an end a busy festive period for Irish League clubs.

For all the latest football news, see Tuesday's Chronicle.