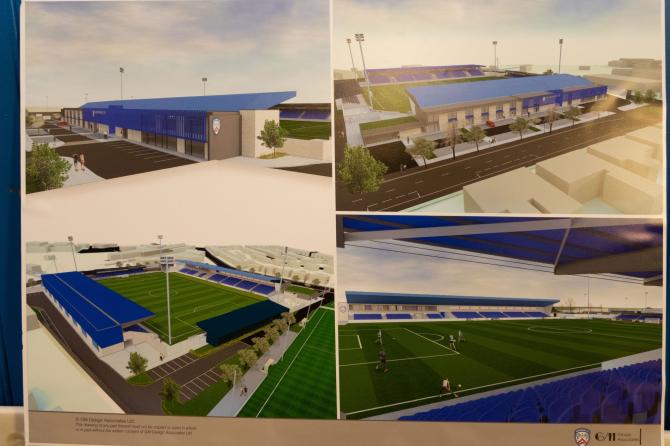 The Bannsiders are looking to the future.

DANSKE Bank Premiership leaders Coleraine are planning for a bright future - both on and off the pitch.

While Oran Kearney's men continue to head affairs in the top division, behind the scenes club officials are looking at redeveloping facilities.

Ambitious plans for the Showgrounds club were revealed on Friday evening at a specially convened meeting.

Supporters heard board members describe how they planned to regenerate the pitch, the grandstands and the surrounding areas.

A steering group has been formed with a view to driving the ambitious scheme forward, with the installation of a 4G playing surface the first priority.

"If the necessary money can be raised, installation will proceed after the last home game of this season with the aim of having approved for the start of the 2020/21 season," said a spokesperson.

Back on the pitch and Coleraine continued their winning ways with a comfortable away win at Dungannon on Saturday.

They lead nearest challengers Cliftonville by a single point and entertain Glevon this weekend.

For more on the club's plans, see feature inside Tuesday's Chronicle.