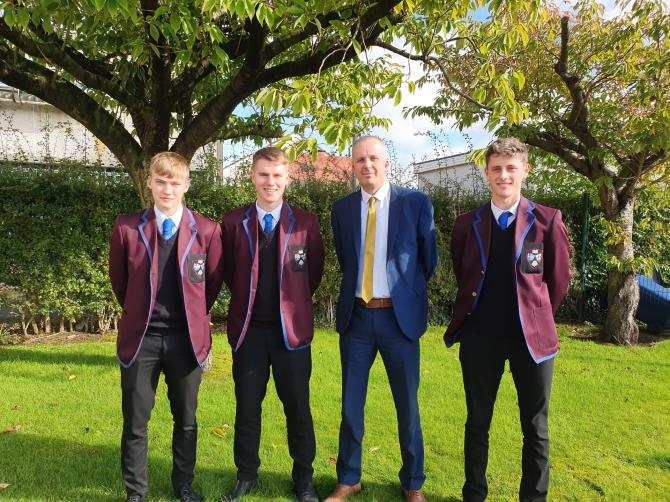 THESE are exciting times for football at Dalriada School in Ballymoney.

The school's Under-16 team are through to the next round of the NI Schoolboys Football Cup after defeating Campbell College.

Meanwhile, three of the school's promising players have been asked to trial for the NI Under-18 squad.

The trio - Stewart Wallace, Billy Dougan and Lewis Nevin - will compete with the best young footballers in the province for a place in the Under-18 squad.