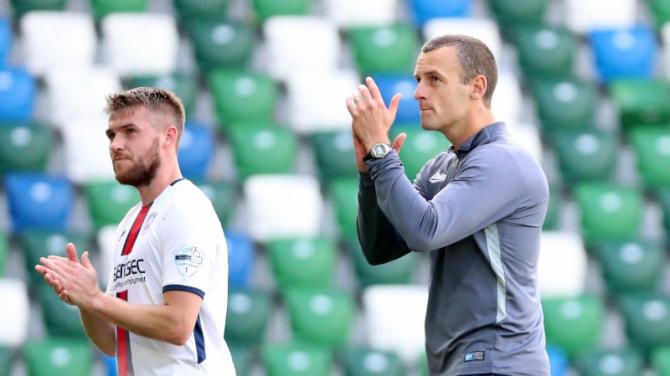 COLERAINE manager Oran Kearney has said he was happy with his side’s weekend efforts after the Bannsiders notched up their first win of the new campaign against Linfield.

After going three goals in front, Coleraine looked home and hosed but Linfield battled back to within touching distance of the Stripes, however, Emmett McGuckin’s goal right at the death secured the win for Kearney’s men.

Speaking to Chronicle Sport after last weekend’s heroics at Windsor Park, Kearney admitted that a weight has been lifted off his squad. “You never feel the season is up and running until you get the first win,” he admitted.

“As much as we've been picking up points and we're unbeaten the key thing was to try and come out of that tough first week with six points, that's what I was aiming for."