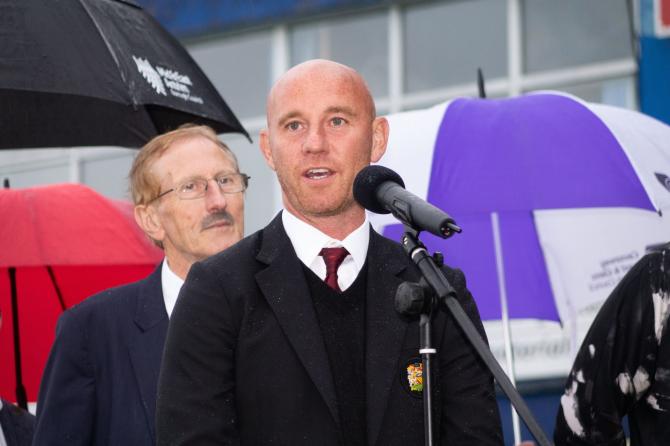 THOUSANDS of people lined the streets of Coleraine for the opening parade of this year’s STATSports SuperCup NI tournament on Sunday evening.

Former Manchester United midfielder Nicky Butt was a popular guest as he officially opened the tournament at the Coleraine Showgrounds.

Butt, who was a winner at the event as a young United player back in 1991, says it is a massive honour to be involved in the competition once again.

Speaking to a packed crowd on the Ballycastle Road, the ex-England international admits he has “fond memories” of the tournament.

“It gives me a great honour to be back here in Northern Ireland as I have fond memories of this competition,” he said.

“Fortunately I was able to win the competition before, and I expect all the players, officials, helpers and the committee to enjoy the week.

“There have been great players and matches here in the past as everyone gives their all to win such a great competition.
“It's great to be back here. I hope you all enjoy the week and hopefully the weather improves,” he added.

For a full round-up on the SuperCupNI parade, see this week's paper.