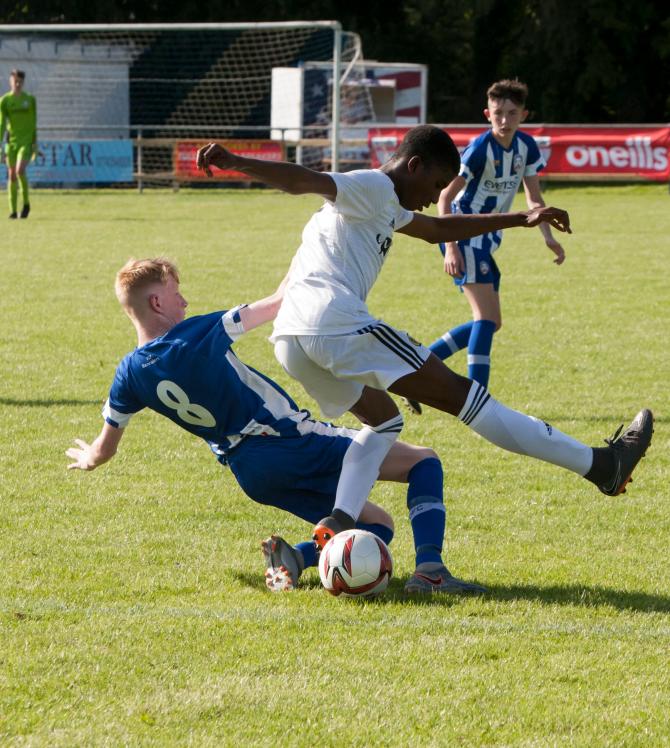 Wolves proved too good for their Coleraine opponents

Wolves cruise past Coleraine at Wilton

ENGLISH Premier side Wolverhampton Wanderers U-14s cruised past a game Coleraine side in the O'Neills Foyle Cup on Tuesday.

The young Bannsiders put up a stern fight in the first 15  minutes and could have went ahead from a 30 yard free kick by centre back Jack Elliott that beat the Wolves keeper but came off the crossbar.

However, their English opponents were just too strong for the Coleraine teenagers and after Suleman Khan broke the deadlock on 21 minutes, tapping in from a low cross from the right, the writing was on the wall for the local team.

A further goal from a corner saw Filozofe Mabete head home from close range to go in 2-0 at the break.

The second period saw an early goal from Wolves Usman Khan to make it three. A mazy run on the right saw the winger cut in and slot under the advancing Coleraine keeper.

A missed penalty ensued for the Englsh side before a neat free by Mason Rees made it 4-0.

Coleraine heads went down after this and a bad mistake by full back Dylan Johnston let in striker Nathan Fraser to wrap things up for the English side. 5-0 the final score and this Wolves team will go a long way in this year’s competition.