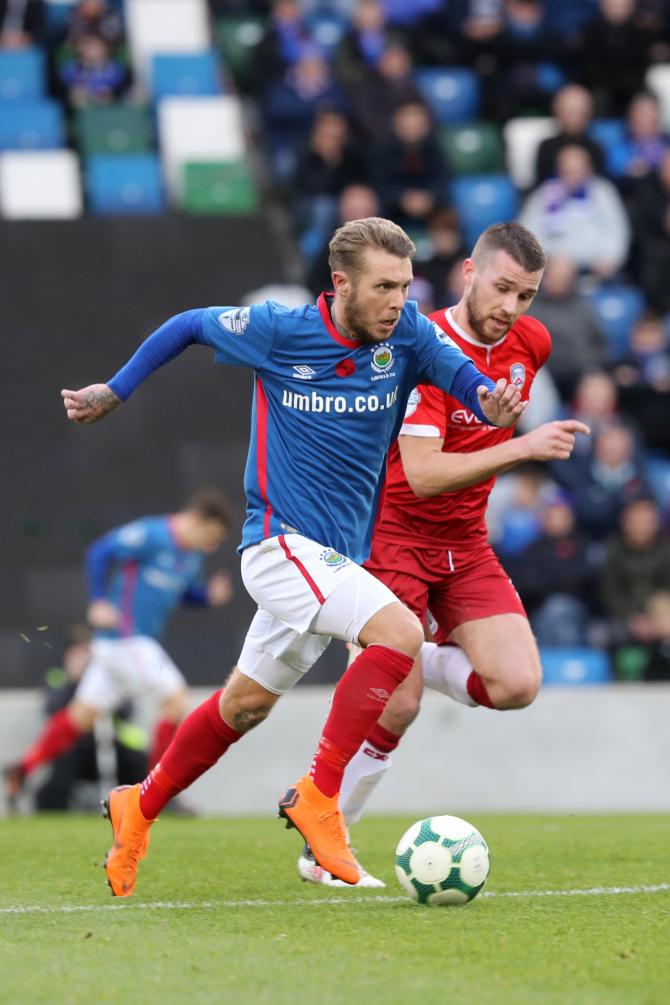 Coleraine enjoyed a 2-1 win on their last visit to the National Stadium back in November.

COLERAINE manager Rodney McAree faces a selection dilemma as he prepares his players for Saturday's visit to the National Stadium and a clash with table toppers Linfield.

The Bannsiders produced a dominant performance to defeat Dungannon Swifts in midweek, a win which saw them leapfrog Glenavon into fourth place in the Danske Bank Premiership table.

The match saw McAree hand a full debut to central defender Dylan King, who impressed alongside Gareth McConaghie, while Dean Shiels also got some valuable game time after coming on as a second half sub.'

The only downside to the evening was an ankle injury to midfielder Josh Carson and it looks as if he may be out of action for at least a month.

However, with seven signings in the January transfer window, McAree appears to have plenty of options ahead of the trip to Windsor.

Coleraine won 2-1 there back in November and McAree knows that another top performance is needed if they are to leave Belfast with anything.

"Windsor's a tough place to go, but we've had a good run of results recently so we've got to go there with the belief that we can get a win or a result," he said.

"It's not going to be easy as they're on a good run – I think they've lost one in ten - but it's a game we should be relishing.

"We did well the last time we were at Windsor and there's no doubt we are capable of playing good football.

"Through the course of time and better pitches we can maybe continue to improve that.

"The last day we went to Windsor was a real highlight so we've got to go and try and challenge ourselves again," added Rodney.

As ever, full match coverage and all the reaction in Tuesday's Chronicle newspaper.