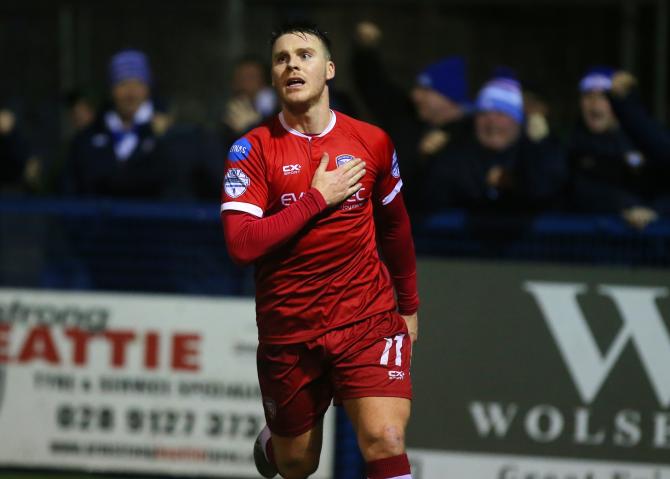 COLERAINE manager Rodney McAree comes up against former club Dungannon Swifts this weekend, for the first time since leaving Stangmore Park earlier in the season.

And the former Swifts manager is well aware that the Bannsiders face a difficult task as they seek to stretch their unbeaten run to eight games.

McAree was an interested spectator as Kris Lindsay's side defeated Cliftonville 3-1 last week, a game which brought about the exit of Barry Gray as Reds' manager, and will no doubt have his players well prepared.

"The two boys up front, Paul McElroy and Daniel Hughes, are a huge threat and were involved in all three of Dungannon's goals.

"Grant Hutchinson and Oisin Smyth were impressive in midfield while they have a strong spine throughout the team.

"But we have to focus on our strengths. We have plenty of quality throughout our team and must take confidence from our recent run of good results.

"Our front players have been performing well and have all been involved in goals so we take a lot of confidence from that.

"There are no easy games any more and any win is a good win. Teams set themselves up not to be beaten and are hard to break down," he added.

Dungannon will be without the suspended duo of defender Dougie Wilson and midfielder Seanan Clucas while Kris Lowe is an injury doubt.

Coleraine, meanwhile, will be without skipper Stephen O'Donnell and Aaron Burns through injury, though both took part in training this week.

Alex Gawne will be out for a number of weeks with a foot injury while defender Aaron Canning is unlikely to be risked as he attempts to shake off a groin injury.

Darren McCauley, too, will be an absentee after the winger joing Scottish Championship club Inverness Caledonian Thistle on Thursday.

It brings to an end the long-running transfer saga involving the 27-year-old and Bannsiders' boss McAree is pleased the issue has finally been resolved.

"I'm pleased that there is now a bit of closure on the subject but I'm more pleased for Darren," said Rodney.

"He obviously spoke to a number of clubs here but I like the fact that he is challenging himself and it's a big opportunity for him.

"Coleraine made Darren a great offer but he felt he wanted a new challenge at this stage of his career and we have to respect that," he added.